Invasive plant species are among the leading threats to native wildlife and species-at-risk on PEI, displacing native species, reducing local biodiversity, altering food-web structures and changing how ecosystems respond to disturbance. Below we have highlighted some of the impacts invasive plants species have on wildlife and biodiversity on PEI to demonstrate the importance of prevention and management efforts.

Monarchs are particularly vulnerable to the impacts of invasive plants displacing nectar plants and swamp milkweed. There are a number of invasive species that threaten monarch habitat currently on PEI, however, the most significant threat comes from dog-strangling vine (Vincetoxicum rossicum) currently not present on PEI but present in Nova Scotia.  The vine threatens the monarch butterfly due to its similarity in appearance to swamp milkweed leading to butterflies laying their eggs on the plant. Monarch larvae are unable to complete their life cycle on the vine and do not survive. 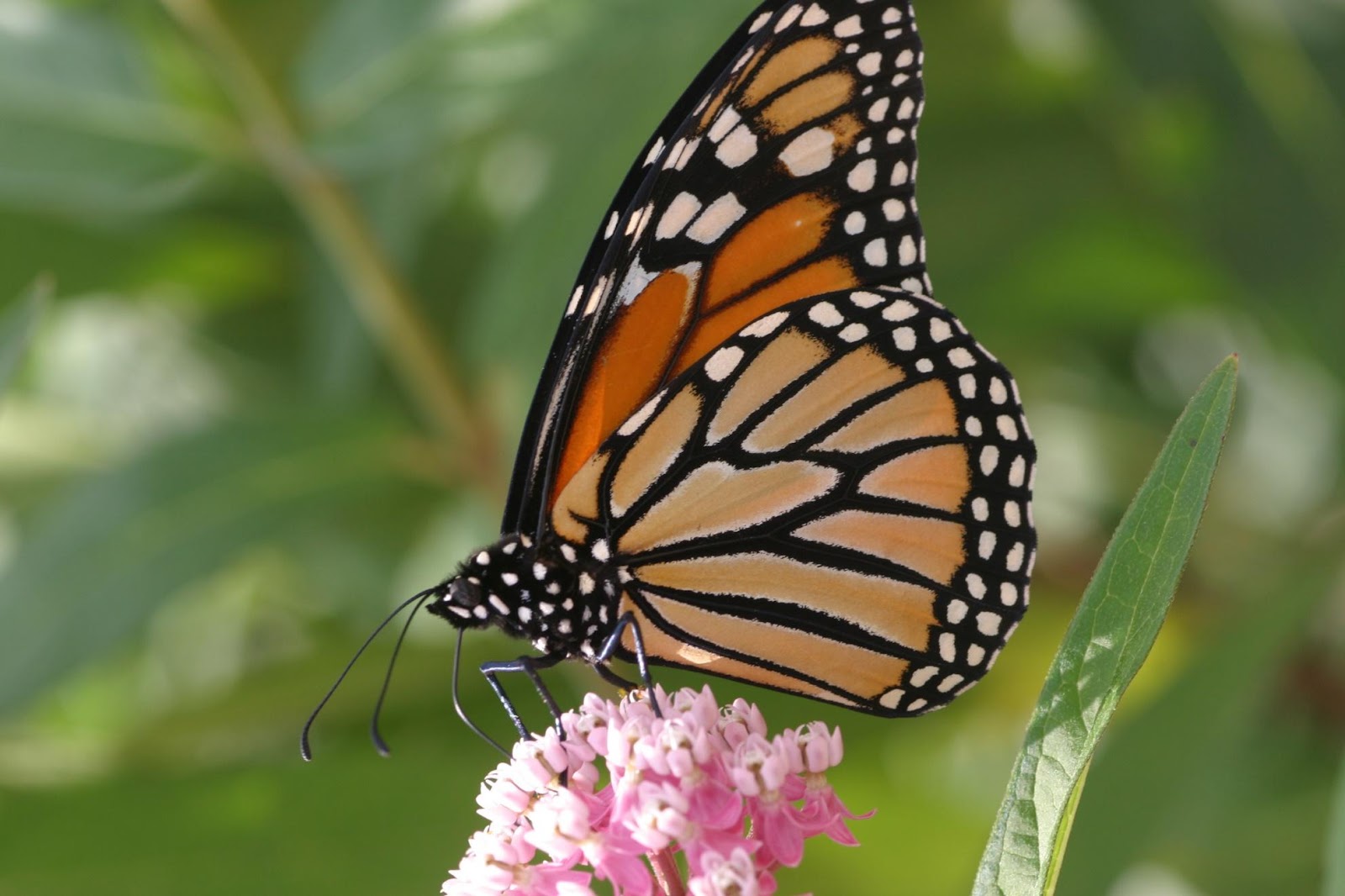 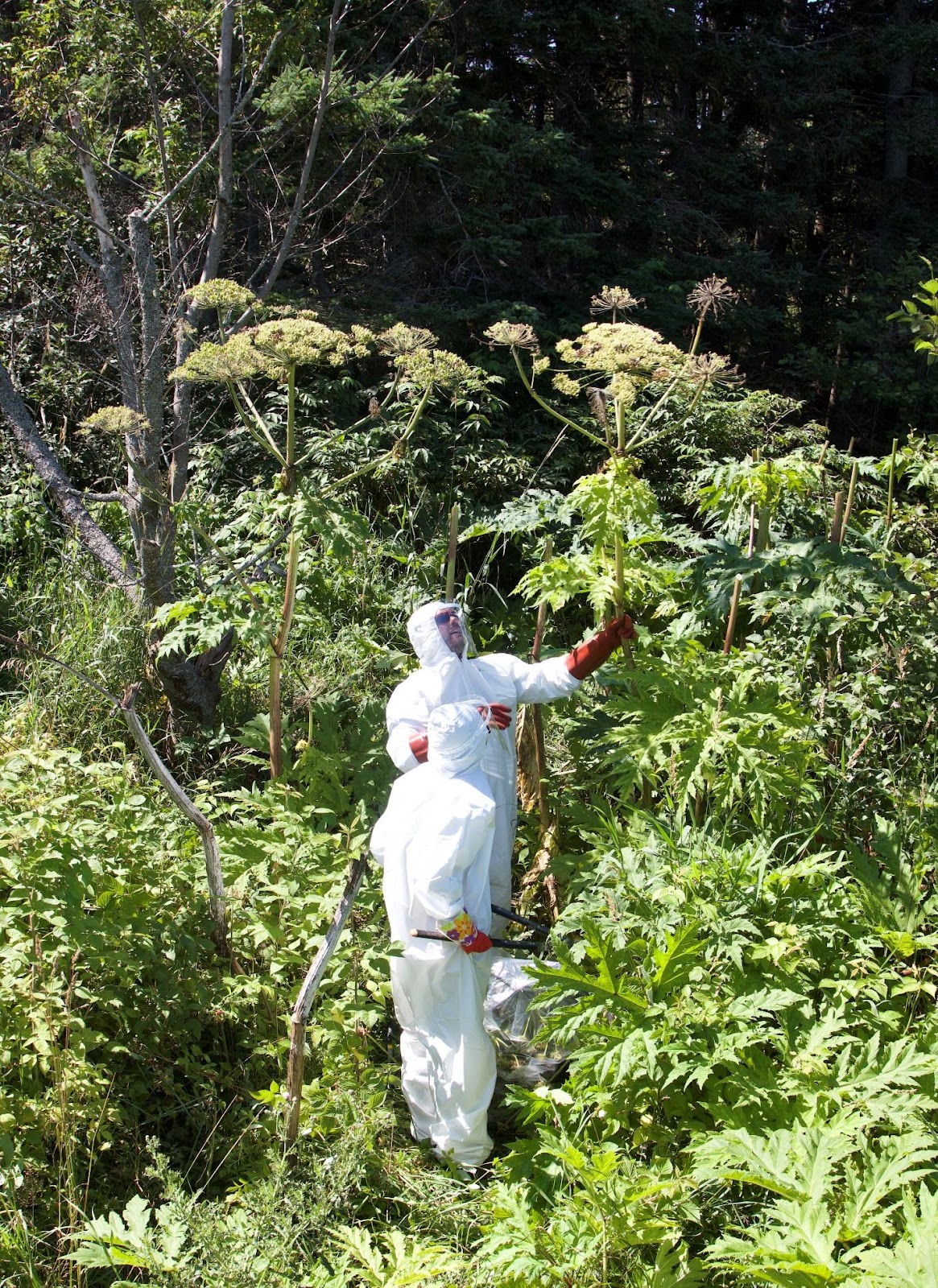 Purple loosestrife is another invasive species impacting riparian areas and wetlands on PEI. This  emergent, perennial riparian plant is common on PEI,  fast-spreading and can cause local reductions in native plant species by richness displacing native sedges, cattails and other plants. It can also cause seasonal shifts in the availability of local nutrients in water bodies due to varying decomposition rates  compared to native riparian species. Purple loosestrife can also impact wetland hydrology, severely impacting the significant functions of wetlands such as providing breeding habitat for amphibians and other fauna.

Oriental bittersweet (Celastrus orbiculatus) is a deciduous, woody vine native to southeast Asia that has become established in various locations across PEI but most significantly in the Georgetown area (See picture to the right).  This vine poses a significant threat to native plant communities and is identified as a high level threat to deciduous, coniferous, and mixed conifer-deciduous forests, old fields, grasslands, riparian areas, and fresh wetlands. With its rapid twining growth, bittersweet climbs over and smothers vegetation as it makes way to the top of the canopy, girdling trees and shrubs as it climbs restricting nutrient and water flow. Weakened and overloaded trees are susceptible to wind throw and loss of limbs. 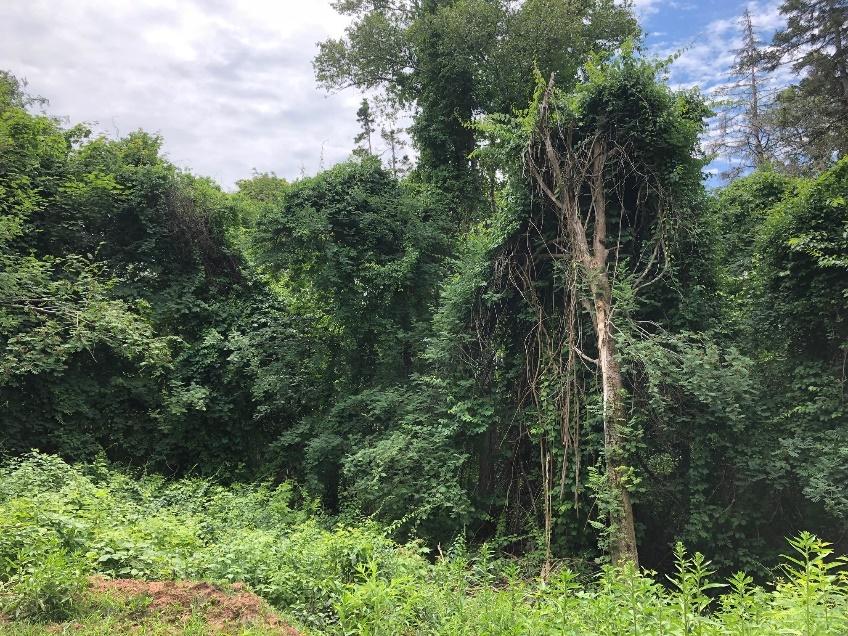 Garlic mustard (Allliaria petiolata) is a significant threat to forest ecosystems due to its ability to  successfully invade forest understories and become the dominant understorey species. It is also an allelopathic species, producing chemicals in its roots that inhibit the growth of other plants species. These chemicals also affect the growth and regeneration of mycorrhizal fungi that support trees and plants ability to absorb nutrients and water. Recent studies have shown that arbuscular mycorrhizal fungi are almost completely eliminated from the roots of tree seedlings growing in soils where Garlic mustard have invaded. Garlic Mustard is currently present in several locations on PEI, including the Stratford and Cavendish areas.

The most cost-effective way to manage the potential negative impacts of new invasive species is through Early Detection and Rapid Response (EDRR). Detecting new invaders when they first arrive in an area and then mobilizing rapidly to control and eradicate them before they become well established and start to spread further. The PEI Invasive Species Council (PEIISC) has been providing leadership in the creation of a province-wide EDRR, consolidating existing data on invasive species, launching an observation recording tool, raising public awareness and recruiting volunteers and organizations to map invasive species.